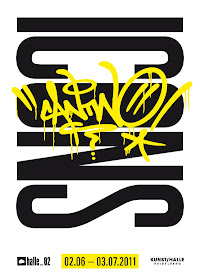 (Heidelberg) Following the INSIGHTS exhibition that opened business in the KUNST/HALLE Heidelberg last december, atelier kontrast is now featuring the ICONS solo-exhibition by world renowned graffiti artist CANTWO. The exhibition opens the 2nd of june and lasts till july 3rd.

Since the vivid graffiti scene formed in New York in the 1970s and the movement then carried over to major cities in Europe in the 1980s graffiti has constantly been wedged between vandalism and art. Exhibitions in significant galleries and museums, canvases by big graffiti players peaking with high amounts in auctions along with the recent exhibition "Art in the Streets" in the Museum of Contemporary Art (MoCa) in Los Angeles have shown just how significantly one of the most controversial art movements of the past decades is establishing itself.

CANTWO has been in the game since day one in Germany. His unique style of characters (the figurative, comic styled side of graffiti) has turned heads nationally and internationally for decades and has turned him into a defining icon of the scene. His style has become known as the CANTWO-Character. 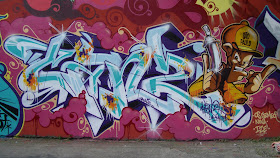 CANTWO has hosted shows for MTV in the 90s and is frequently booked by firms such as Adidas or Coca-Cola for special collections or other marketing operations.

For the ICONS exhibition in the KUNST/HALLE Heidelberg CANTWO takes on his own icons and the icons of our times. He will show famous faces adapted in his very own style and also the classic CANTWO-Characters. A specially commissioned wall installation and his newest canvases and prints will be shown and in fact it will be the first exhibition ever that focuses on CANTWOs work in such an extensive and unique way. 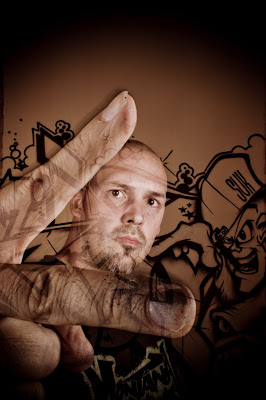